"I was so sick today," said Sheila O'Byrne who was in St. Partick's Home on the Navan Road, Dublin.


The request by Judge Yvonne Murphy for an extension of time is to be put before the cabinet, according to the Irish Times. But this news comes with only weeks to go to the scheduled publication date. 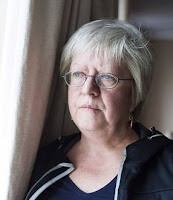 "They made a contract with us for truth and justice and now they have broken it twice with two extensions, said Anna Corrigan of the Tuam Babies Family group. "Leaking it to the newspaper is a new low."

"These people do not have our best interests at heart. People are suffering and this prolonging of the process is prolonging their suffering."

"They are so afraid now -caught in the cross hairs of the world media. No more riding roughshod over people's rights like what happened in the Industrial Homes And the Magdelene Homes Investigation."

"They need to be very afraid. The reckoning is coming for both State and Church," she concludes.

"Survivors have a much shortened life expectancy, " says David Kinsella, an infant survivor. "If this extension of time is granted then an immediate interim redress system must be established for the health and well-being needs of survivors who have already given evidence to the commission of inquiry." 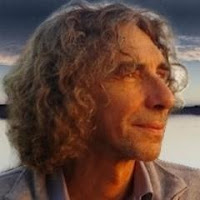 "Judge Murphy surely knew quite some time ago that this deadline would be missed," comments Fintan Dunne, media liaison for Irish First Mothers.

"So why didn't either the judge or the Minister inform leaders of the survivor community long before now? They were led to believe that some closure awaited survivors this Spring. This betrayal is devastating for them."

"This is a grossly incompetent Commission. It's inquiries should have been structured to produce a timely first report based on a representative sample of cases. That way an informed response by government could already be underway. Instead, the original injury is being constantly layered with further insults."

Irish women whose infants were stolen by the State and Church apparatus are not concerned over their privacy rights. We are concerned for our Human Rights.

We were sidelined when our babies were stolen. We are an afterthought today in a Bill framed entirely around the adopted person. What has changed?

As victims of a State-sanctioned regime, we want UNREDACTED access to all files used in these mass scale, practices which were illegal and still-unprosecuted genocide, under the ICC Act, 2006. We oppose this rush to legislate BEFORE the Commission of Investigation reports.

We are adults. Our stolen children are now adults. We want no part of the widely discredited Tusla system. We do not see ourselves as a new "market" for ineffective and already overburdened State services.

We are simply exercising an FOI human right to the unredacted files which will help us find the truth of our lives and rebuild our sundered family bonds -without State bureaucracy.