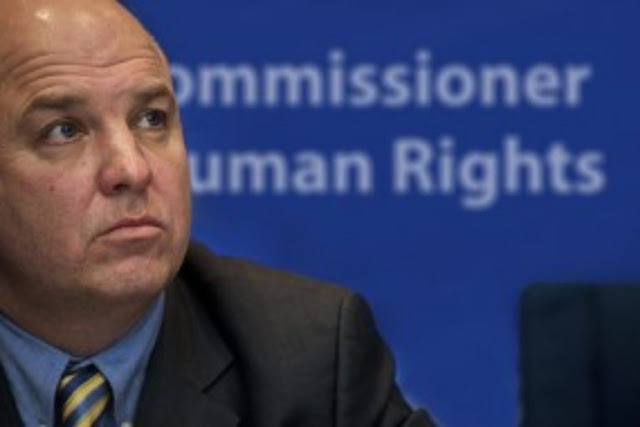 The European Human Rights Commissioner, Nils Muznieks has criticized the Irish Government response to historical abuses in Mother and Baby homes. The verdict is a boost for the Irish First Mothers campaign, which has maintained that Ireland is in breach of human rights best practice in all its historical rights abuse inquiries.

His report released Wednesday 29th March from the Council of Europe also calls on the Irish Government to widen the terms of reference of the ongoing official inquiry into Mother and Baby homes and stressed that all groups of victims of past serious human rights abuse have a right to truth, full support and effective remedies, as well as prompt, independent and thorough investigations into allegations of abuses capable of ensuring accountability.

The Commissioner says that the relevant inquiries, lack a human rights based approach and offer inadequate redress to the victims.

"Given that most of the past institutional abuses concerned amount to serious human rights violations," the report says the Commissioner: "stresses the need to ensure that all international human rights standards in this field are fully respected at all stages of the restorative processes."

"The Commissioner recalls that all victims have a right to be treated with dignity, to truth, full support and effective remedies ensuring reparation, including apologies, compensation, and rehabilitation, as well as to investigations into allegations of abuses that are prompt, independent, thorough and capable of ensuring the accountability of the perpetrators."

174. The  Commissioner is concerned that in most of the cases, the accountability of  the  state  authorities and/or of the religious institutions has not been fully accepted, if at all.  Many of the institutions concerned were run by Catholic entities (patrons for schools, or religious institutions or orders for homes and hospitals, for instance). The state was either aware of, or even involved in, what happened, as in the case of the Magdalene Laundries where the state was one of their clients and funded some of their activities. In other cases such as for national schools, the state was more in a situation of delegating its powers to private entities without ensuring the necessary supervision.

177. In some cases, the redress schemes established are not inclusive enough, notably due to a narrow interpretation of the category of persons who qualify for compensation, as illustrated below by the scheme opened in the context of the O’Keeffe judgment on sexual abuse in schools.More generally, the relatively limited number of persons who have received compensation so far raises issues about the adequacy and effectiveness of the schemes. For instance, out of over 10,000 women who were detained or who resided in Magdalene Laundries, the number of those who received lump sums in compensation so far is approximately 500. For some redress schemes, the voices of the surviving victims are not sufficiently heard or respected.

178. For instance, both in the cases of Magdalene Laundries and symphysiotomy, the testimonies of the victims were reportedly not given a similar weight to written or medical records by the state or the institutions in question. In the case of symphysiotomy, the approach to the victims has even been rather patronizing if not dismissive, with the last report being  criticised for questioning the credibility of the claims or suggesting that the victims have been manipulated into asking for compensation.  Source